A possible link between DOE liability and resource constraints

As Julie Andrews reminded us in the film “The Sound of Music”, a doe is a deer, a female deer. In the fantasy world of the Kyoto Protocol, however, a doe (or “DOE”) is an auditor of emission reductions. This article highlights two problems with DOEs, and suggests that they are connected. The first is a problem of liability, the second a practical one of resources.

To explain the question of legal liability it is instructive to compare audit of financial statements with the audit of emission reductions.

Financial audit is very rigorous, because there is a balance of strong and opposed interests ensuring an auditor’s diligence and impartiality. If the auditor allows profits to be understated, he will be sued by one set of shareholders, whose currency will be undervalued. If the auditor allows profits to be overstated, he will be sued by another set of shareholders who got overcharged for the stock, or by lenders whose collateral evaporates. The injured parties are financial institutions with piles of money to spend on clever and vindictive lawyers.

These days no-one wants to sign off on phoney numbers. The auditor will stand up to his client, because it is better to be sacked than spend ten years on bread and water.

The audit of emission reductions is different. The DOE gets paid by the project developer or the buyer of the credits. The project developer’s interest is to get as many credits as possible for his project. Funnily, it is also in the buyer’s interest to get as many credits as possible from the project. Either way, the auditor’s client wants to maximise the quantity of carbon credits.

An inexperienced DOE could allow his judgment to be influenced by a fee-paying client who knows a lot more about his own business and industry than the auditor ever will, and who can be very convincing (and confusing) about what he might or might not have done if things had been different … baselines could then end up overstated and emissions understated.

Unlike the case of financial audit, there is no counterbalance against the interests of the auditor’s client. There are no shareholders who can sue the auditor for allowing overstatement of reductions. Because the injured parties are not partners at Goldman Sachs or employees of the state of New York, but rather their grandchildren, polar bears, and baby hedgehogs. Hedgehogs don’t make it to court. They don’t even make it across the court’s car park.

While the UNFCCC does have the right to make a DOE cough up for any overstatement of reductions, it does not have anything like the resources needed to supervise DOE’s work.

Now consider the DOE’s resources. Practically every DOE one speaks to seems short-staffed, too thinly spread, in a constant state of urgency to meet repeatedly rescheduled deadlines, and highly dependent on small pockets of expertise dotted around the globe. In bars from to , from to , traders and project developers exchange tales of interminable delays in determination and validation. Like their woodland namesake, DOEs are elusive and easily frightened. 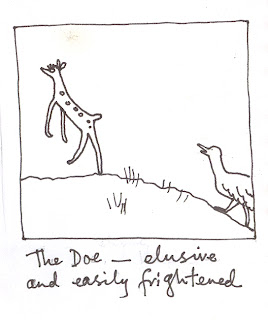 It seems that DOEs have been caught unprepared for the vast growth in demand for validation and verification. They have not invested enough, not hired enough people, and not put in place sufficient depth of expertise and resources to manage this and retain staff. Many fall easy prey to carbon funds and trading desks keen for technical expertise.

Could there be a link between the liability issue and the unfolding crisis of resources among DOEs?

As argued above, the absence of any injured legal entity means that the risk of a DOE being sued for failing in its duty is very low. This means that DOEs are not under pressure to invest in the kind of people, skills, and resources which are required in financial audit, where a lot is at stake if the auditor gets it wrong. It is worthwhile for a DOE to run the risk of executing mandates with a minimum crew and only fleeting scrutiny.

If there were really substantial risks of being sued for large amounts of money, then DOEs would be investing heavily to manage those risks: investing in people, ensuring that their staff are of the highest calibre and very well trained, and sufficient in number to meet the rigorous demands implied by a high liability risk.

There would be additional benefits for the DOEs and the world. The cost of managing a higher level of risk would be incorporated into pricing, making validation and verification would more expensive. This would boost DOE’s profits as well as marginally increasing the price of CERs and ERUs.

Audit of emissions and carbon credits will only work properly if there is a reasonable probability of DOEs ending up in jail or bankrupt if they get it seriously wrong. They need to be regulated based on this premise and they should invest accordingly. This means some major rethinking of the system. As we continue to justify for emissions growth in through purchasing reductions from developing nations, it is vital to get more resources and higher skills into the business of validation and verification.

This is based on an article titled “Parlez-vous hedgehog?” originally published on www.thebustard.blogspot.com on 28th March 2007.