Applying the evil genius of Finkelstein for the common good

In October Hungary will hold a referendum on the EU’s plan to force member states to receive immigrants / migrants / refugees. To ensure victory in the referendum, the Hungarian government has already started a large scale bill-board campaign: Budapest is wallpapered with large, blue, xenophobic posters. You drive from the airport into the city and can count dozens and dozens of these.

The posters tell us:

–          The Paris attacks were committed by immigrants

Here are some examples: 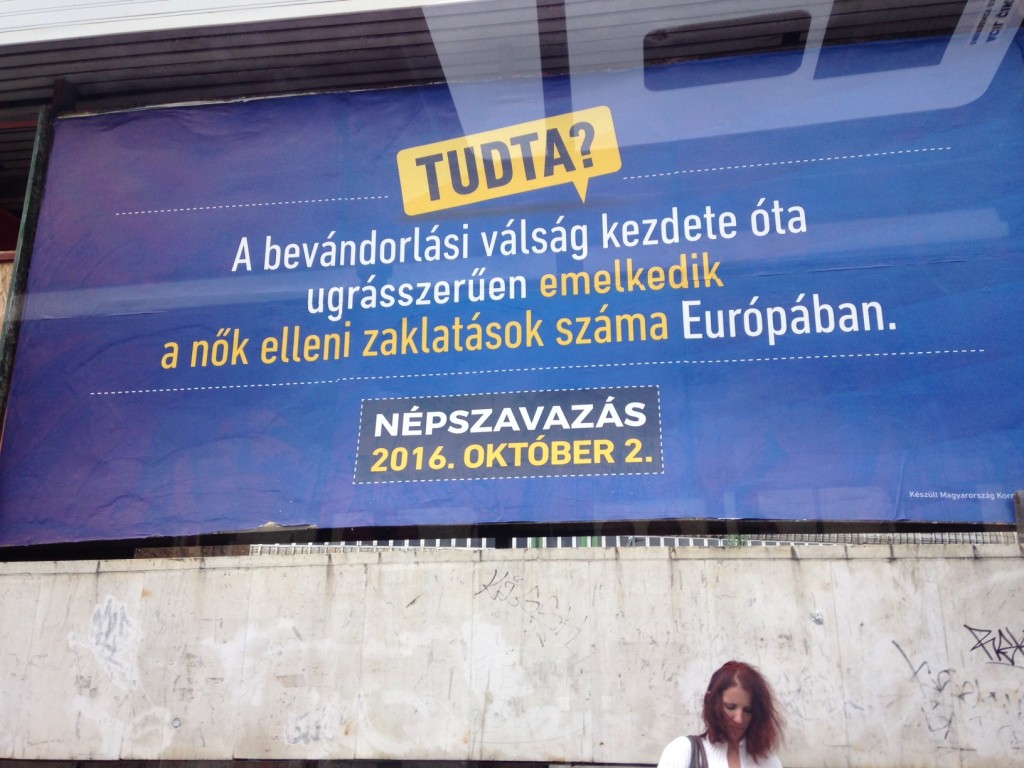 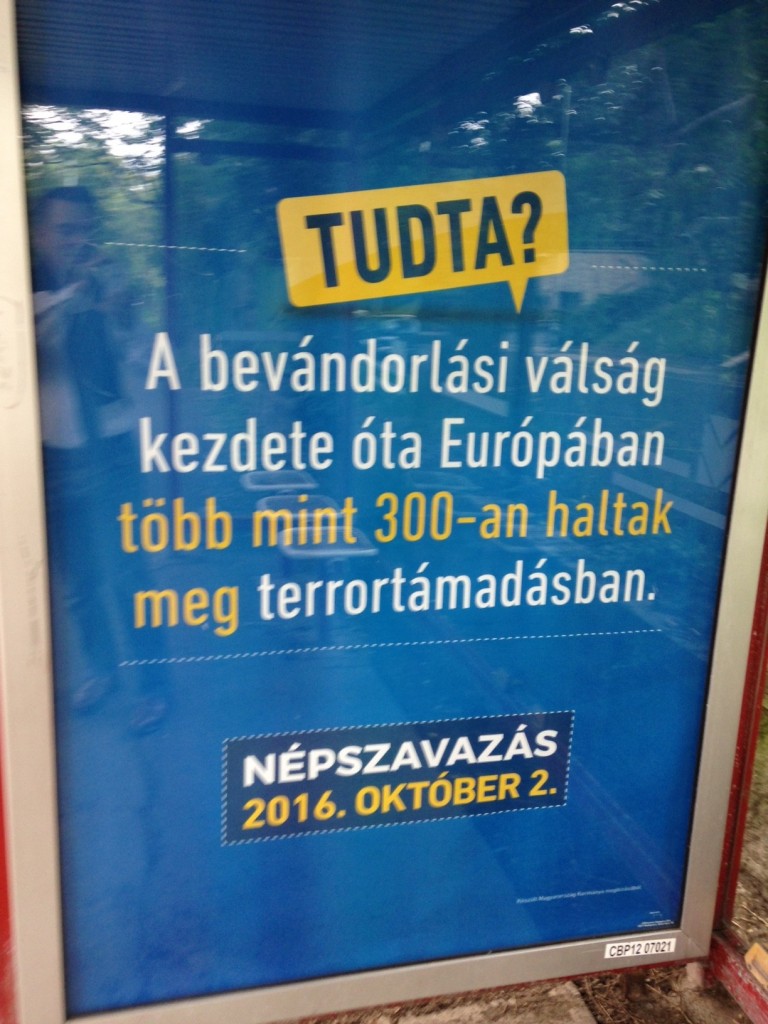 Guided by uber-nasty PR guru Arthur Finkelstein (http://budapestbeacon.com/politics/arpad-habony-partners-with-arthur-j-finkelstein/22981) – the irony of a Jew driving a xenophobic and racist PR campaign is so delicious you almost want to bathe in it – the Hungarian government is not leaving a stone unturned to shape the minds of the people and to win the referendum.

Without doubt, on 2 October the Christian nation of Hungary will vote overwhelmingly to reject the welcome of their less fortunate neighbours. [To be fair, I agree that the EU should not forcibly send migrants to Hungary. At the same time I think that Hungary should willingly take in some families, say, after screening to be sure that they are not extremists.] But this is not the point. The point is that it is all fantastic news for the climate and the natural world.

It is good news because it shows that through advertising the minds of the people can be controlled, with a high level of predictability. You need to use the right techniques (just ask Mr Finkelstein), figure out how to access the reptile brain of the masses, and you can get them to do what you want.

Based on this, I envisage a number of other campaigns which the Hungarian government could try out once the referendum is over:

–          Promotion of wildlife gardening: posters would exhort people to make hedgehog holes in their fences; to stop applying pesticides in their gardens; to uproot those ecologically dull rows of evergreens so beloved of the nouveau riche and their aspirants; to plant wildflowers and orchards; to mix up their emerald lawns with daisies and wild carrot and clover and buttercups

–          Promotion of transport modesty: posters would ridicule the profligacy and vanity of Ferraris and Porsches; they would surely mock peroxide yuppie wives and their vain attempts to reverse park 4x4s single handed while on their mobile to their masseur; they would celebrate the benefits of public transport; they would remind us of the joys of walking or of pottering around at home

–          Celebration of insulation: another poster campaign timed for winter would expose the evil of insufficient insulation; it would turn into social outcasts those who skimp on wadding out up their walls or lofts; just like the migrant campaign, it would be cruel and socially divisive, yet ruthlessly effective

–          Veganism: using the horror show of factory farming (try http://www.nationearth.com/earthlings-1/) to full effect, the veganism campaign, expertly choreographed by Finkelstein, would slash meat and dairy consumption across Hungary by half within a few months, substantially cutting the country’s greenhouse gas emissions

I think that this approach would be far economically effective than battling with major investment in technology and infrastructure and having to deal with unhelpful lobbying from oil, cement, steel and energy companies.

Finkelstein and the Hungarian government understand how to engineer the behaviour and beliefs of the people. If it saves the world, perhaps climate policy makers might want to take a leaf out of their book.