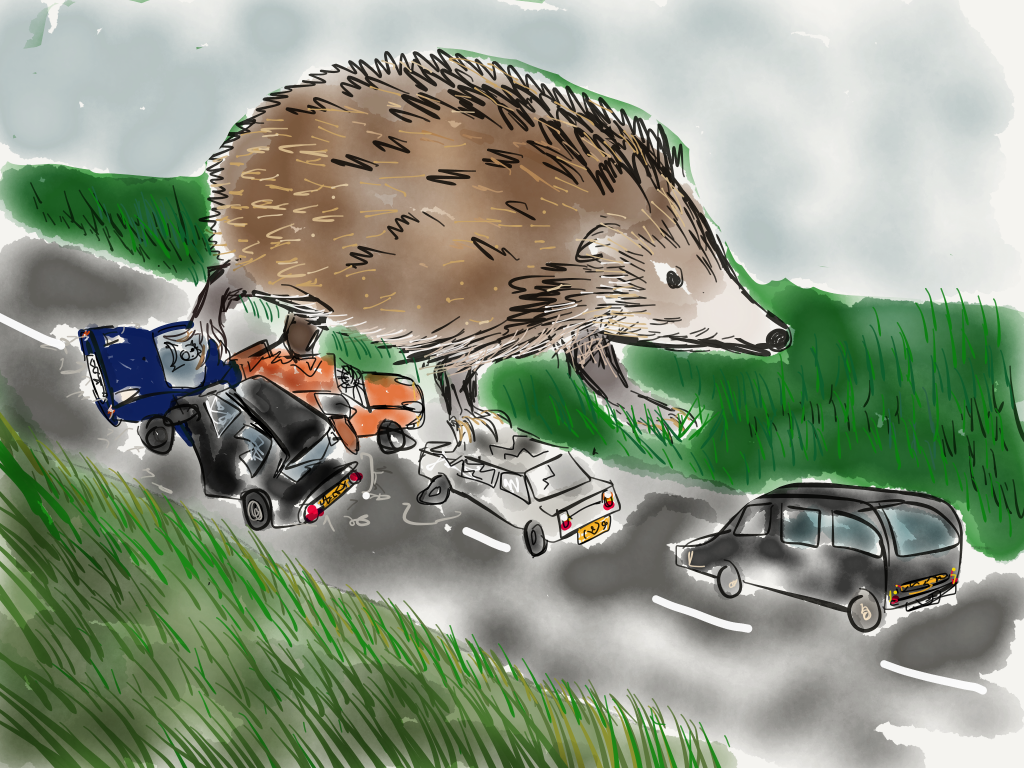 It is estimated that some 50,000 hedgehogs are killed on British roads every year. The population has fallen by a third in the last ten years or so. http://www.hedgehogstreet.org/pages/how-many-are-left-.html

I have devised a simple legal mechanism to protect the hedgehog which would boost GDP dramatically. Much as the UK government loathes the natural world, it does love things that boost GDP, so I expect this will find favour with them.

The mechanism would be an amendment to the Wildlife and Countryside Act of 1981. Under this act animals are given different forms of protection: various schedules list different species and specify what you are not allowed to do with them. Hedgehogs, for example, are given feeble protection: you are not allowed to use a “trap, snare or net, electrical device for killing or stunning, poisonous, poisoned or stupefying substances or any other gas or smoke, automatic or semi-automatic weapon, device for illuminating a target or sighting device for night shooting, artificial light, mirror or other dazzling device, sound recording, and mechanically propelled vehicle in immediate pursuit.”

However, despite the dazzling effect of headlights, we are not seeing prosecutions of people who run over hedgehogs with a car, and this needs to be addressed. (Does a Nissan Leaf count as an electrical device – could the switch to electric cars save the hedgehog?)

This would create an economic incentive for technological innovation, which means one thing for politicians: smart jobs!!

First, engineers would develop sensors to warn drivers of imminent risk of a road kill event. These would be built into cars or placed on the dashboard and connected by blue tooth to your iphone. Assuming around 30 million vehicles in the UK, and a cost of around £100 for a Road Kill Sensor, you are looking at a boost to consumption of some £3 billion; an amount not to be sniffed at by the Treasury.

Second, the police would begin to install devices to track Road Kill events to support the large number of prosecutions expected. Once these devices are made compulsory in every car, you can expect another £3 billion spend. Add to that a National Integrated Road Kill Monitoring System (NIRKMS) – and they’d spend a billion with Siemens before scrapping that one and spending another billion with KPMG. Still, money wasted is money spent, and from the point of view of GDP it matters not.

Finally, we will lobby other countries to adopt similar laws and thereby create additional markets for all the knowhow and technology we have developed in the fight against Road Kill.

All in all we are talking about a boost to the economy of at least £5-10 billion, something sorely needed shortly after Brexit.

Let’s add some spine to the UK economy and give the hedgehog the protection it deserves.