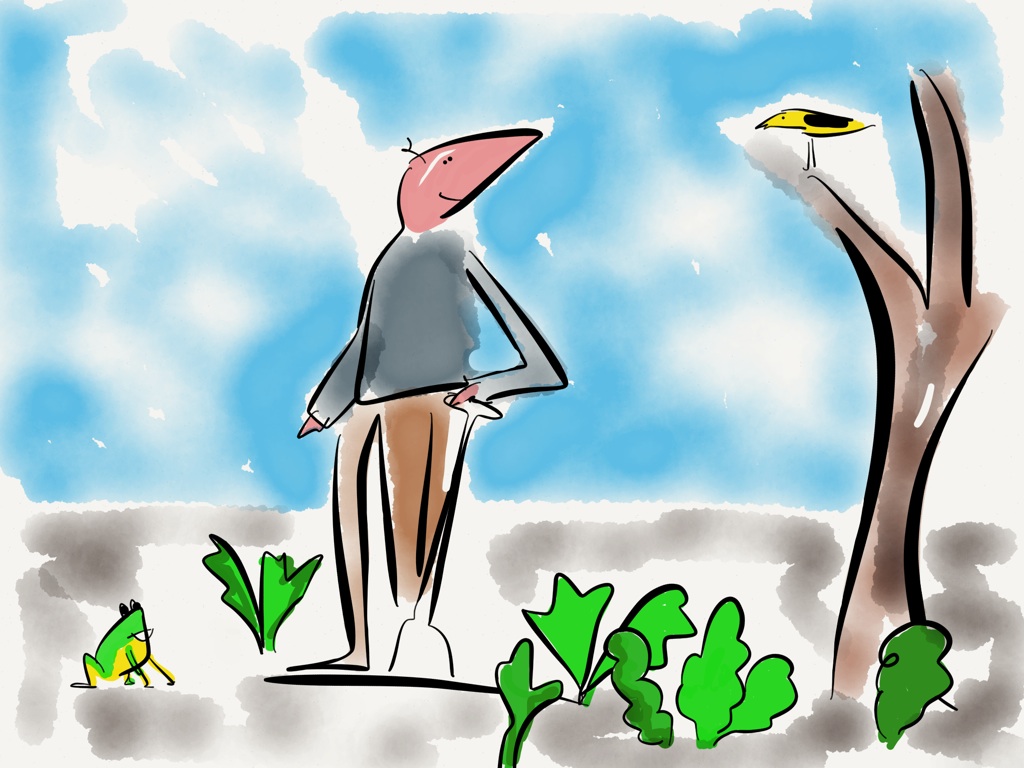 I tried to go back to basics and understand what is the metaphor or narrative which guides my thoughts on climate change.  I realised it seems terribly naïve, but perhaps other people’s internal narratives are no more sophisticated when they really look at them.

I see an ideal or idealised world, where there is a garden and where there are four seasons which follow each other reliably: snow and ice to kill off pests, rain for provide water, sun for warmth, and autumn to complete the cycle and return matter to the soil.  In the garden we plant seeds and know that some months later we can harvest the produce and enjoy eating it.  That garden provides an abundance of food and water.  There should be plenty to go round, not just for people but for the bewildering jewel-box of other creatures.  That is “how it should be”.   This is how – rightly or wrongly – I imagined it was for centuries or millennia.

The garden gives us abundance and, because of its reliability, stability.  It is the abundance and stability which mean that we can have institutions which work and which allow us to live with compassion and virtue.  When we are under great stress, and when society is under great stress, compassion between strangers falls away and we turn on each other and fight each other brutally.  Only with that stability can a majority of humans be fulfilled in their lives, because in circumstances of great instability the strong will be able to thrive, relatively, but the weak majority will subsist at the most.

That stable and abundant garden is the basis of everything good we have.  Without it we are wretched.

Climate change is one of many influences by which the garden becomes impoverished, unreliable and insufficient.  As a result of this impoverishment we expect enormous incidence of sadness and suffering.  Sadness because we compare the suffering with what was or what might have been; suffering because of more hunger, thirst, illness and conflict.  I don’t mean just sadness and suffering of humans; I mean of all living forms.

Even a tree species which cannot adapt to a warmer climate and therefore dies out – even this is an instance of suffering.  Why should I worry about that?  Why would I see it as suffering if the tree is not even sentient?  I think it is because the extinction of that tree species was avoidable and unjust – humans’ assumption of dominance was not done with befitting modesty and restraint.

How does industry fit into this Arcadian narrative?  I accept it grudgingly but that is probably because it has made my life easy.  It eases our toil on the land, cures our illness, defends us from enemies, shelters us from the weather and entertains us when our agriculture is so efficient that we risk getting bored.  But all that comes at a cost to us, to the other inhabitants of the garden and to the garden itself.

Here is another narrative.  Nature was well designed.  When any species became so successful that it threatened to upset the natural balance, it reached some constraint which brought the population of the species crashing down, without causing too much harm to the rest of the system.  But then along comes man which was clever enough to escape the constraints nature placed around us such as disease.  Our population and inventiveness grew in parallel, creating a super-exponential growth in the damage we cause to other species and to nature’s system: a level of damage comparable only to great extinctions in the past when climate change, volcanic activity and asteroids would wipe out up to 96% of life on earth.  Yet those extinctions happened over periods of millions of years while this is taking a few centuries.

The narrative imagines a perfect natural system which is self-correcting in perpetuity.  But now we see that nature’s system is not quite perfect because it created a form of life which could fundamentally damage the system; like a system of mathematics which creates millions of true equations and then one day you notice that you can correctly form a false equation.  Humans are that one, brilliant and cancerous equation: a mad man with a razor blade, out of control and frenziedly slashing all life around it.

Print Friendly
This entry was posted in Climate change policy and tagged arcadia. Bookmark the permalink.