What is (fundamentally) wrong with the 2030 climate and energy package

Last week the European Commission published its 2030 climate and energy package – a bundle of proposals to set out climate and energy policy between 2020 and 2030.  It was an effort at working a compromise between different political and industrial groups, but it remains a long way from what we should be doing.  It does not represent the long-term interest of most Europeans and future generations.

We are talking about the principal set of policies aimed at cutting emissions up until 2030.  Between now and 2030 we have 16 years – that’s a big and very important period of time bearing in mind that emissions definitely, definitely need to have peaked by the late 2010s or early 2020s.  And yet there is something fundamentally missing from the package, or from the thinking of the Commission.

The package is fundamentally unbalanced because it is all about mechanisms.  It is nothing about getting people to want those mechanisms.  All the policy mechanisms in the world will be ineffective if people don’t actually want them.

Therefore, to make the policy package balanced, you need two extra things: first, you have to get people to want to get emissions cut; second, you have to castrate the anti-democratic monster which is lobbying – because that stops change as long as a favoured few don’t want it. 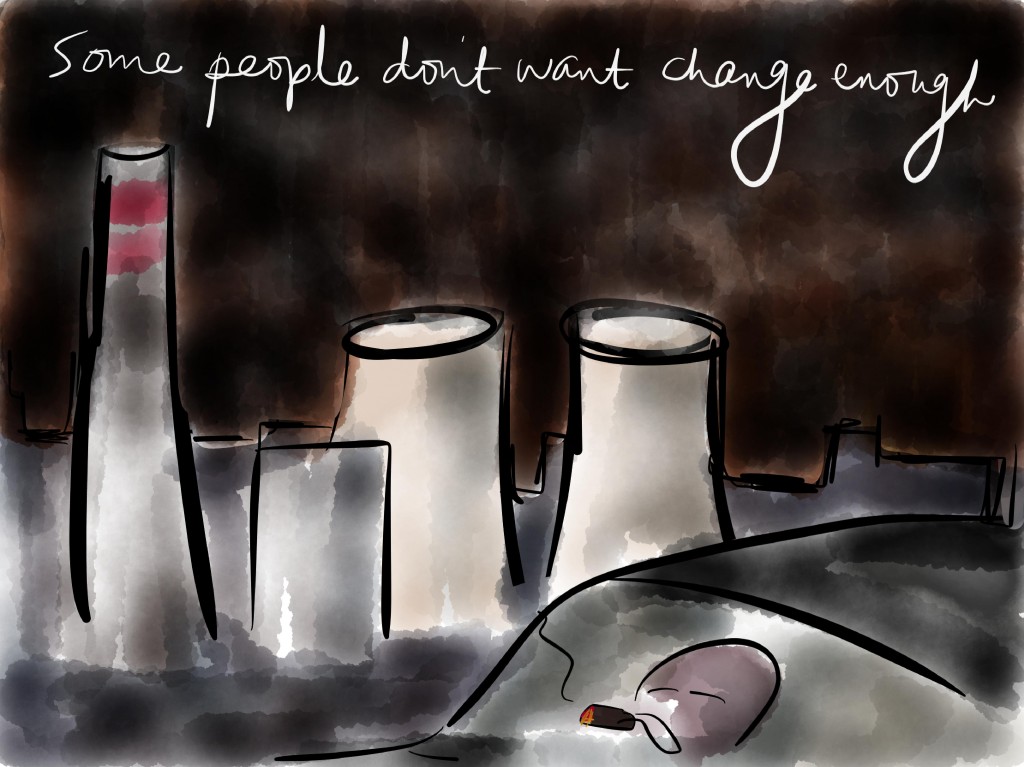 This blog has written much about how getting people to love nature is essential for balanced climate policy, so no more on that here.  But even if people want to cut emissions – that is, even if a significant majority of people want to cut emissions – it’s not enough.  This is because policy decisions are not made in the long-term interest of the majority but through the pernicious influence of lobbying.

European law-making remains desperately exposed to lobbying, a most seedy enterprise.  One of the most despicable activities a man can do in a democracy is to take wages from an interest group – industrial or otherwise – and, in secret, often with detachment from his own personal beliefs, press the case of that interest group, with a view to influencing the making of law. 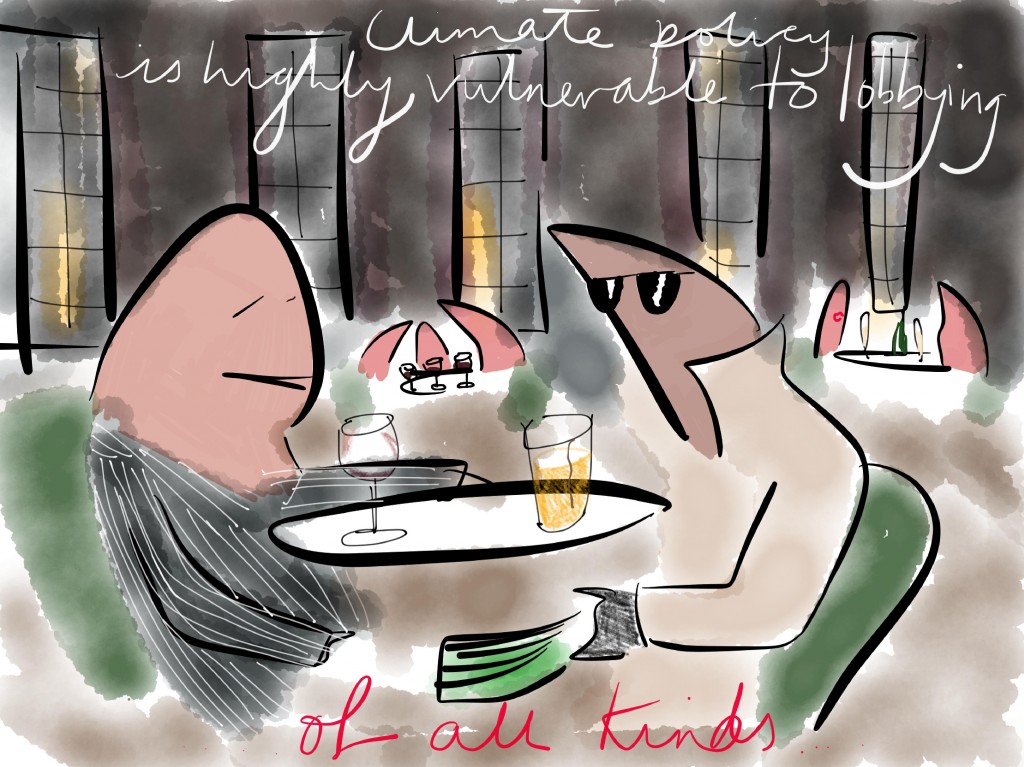 Why is lobbying so pernicious and vile?  The acts of lobbyists generally lead to the interests of the wealthy few overriding the interests of hundreds of millions of ordinary people.  This turns our democracy into a plutocracy – the rule of the rich.  As long as democracy should be about one man-one vote and not one-euro one vote, what lobbyists do and the way they do it is wrong.

There is a second problem with lobbying, but perhaps a less persuasive one.  People lucky enough to be gifted with intelligence and ability, should spread truth, or at least refrain from falsity.  Google isn’t far off with its aspiration of “Don’t be evil.”  Taking cash to argue for something you don’t believe to be the truth, is a sad and depressing squandering of human talent.

It is clear that lobbying acts as a huge brake on progress on environmental legislation.  There are countless reports of industrial companies fighting to get important green legislation diluted, delayed, blocked or even reversed.

Lobbying reform is needed.  One-on-one meetings between interest groups and bureaucrats must be banned.  Any bureaucrat found to breach the ban would be prohibited from holding public office for the rest of his or her life.

Yet since political participation is important, open meetings should be encouraged.  Any meeting connected with influencing legislation should be held in public forum with plenty of notice given to all interested parties.  Then lobbyists can make their case, publicly, and not privately, in secret.  If they want to influence the law, it must be done in public.  That is a necessary (but not sufficient) condition for being sure that elected officials and bureaucrats are acting in the public interest.

Without ruthless reform of lobbying, and without measures to get people to want to cut emissions, the 2030 policy package is unlikely to be effective.  The earnest efforts of academics, economists and consultants, their clever schemes of taxes and market mechanisms, will have been a waste of time.