Today the Financial Times reports on an interview with Alistair Phillips-Davies, the head of SSE, an energy company.  Mr Phillips-Davies called for a review of government policies on funding renewable energy. [1]  His comments are eerily similar to some made in a speech by Sir Humphrey Gammon in London, some 30 years later… 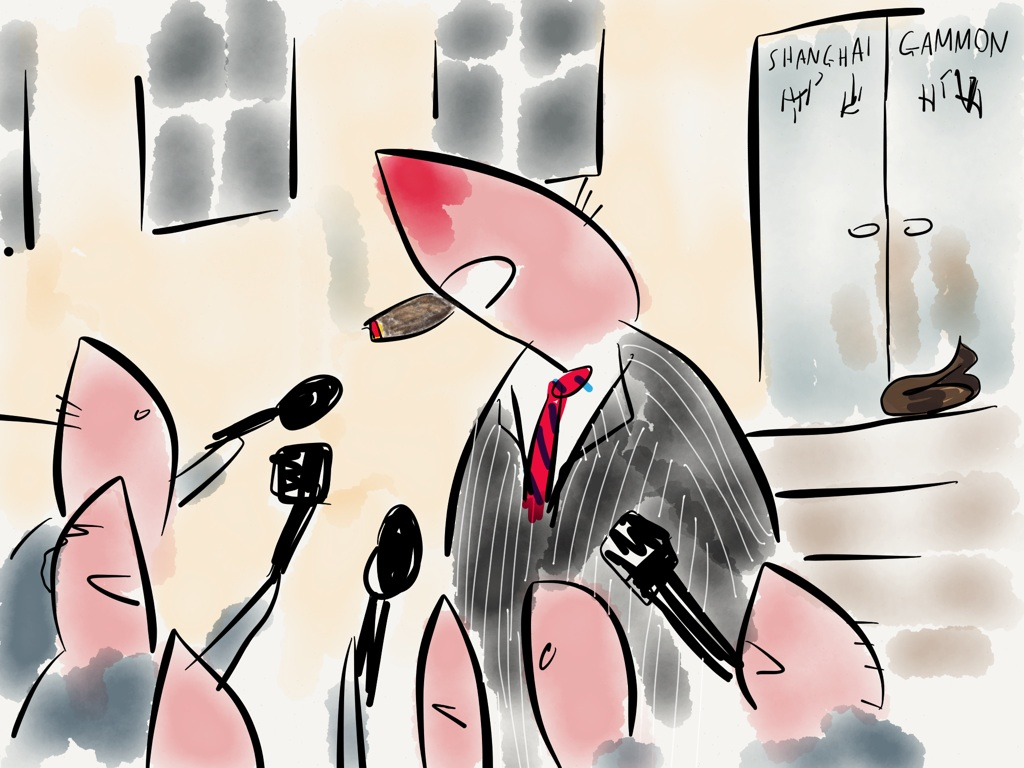 In a speech to the city yesterday, Sir Humphrey Gammon lambasted the government for its wasteful and expensive sanitation policies.  The Chairman of the Shanghai-Gammon Utility Corp. [2] called for a complete rethink on sanitation, saying public support for cleanliness and health was waning.

He questioned whether the government should be supporting “green” policies such as water treatment, sewage networks or even domestic lavatories.

“If people want to see £20 taken off their utility bills rather than a reduction in cholera, typhoid, rat infestation, cockroach populations and street-level odours, then we have to re-evaluate what we are spending our money on,” he told the Financial Times.

The issue of rising sanitation costs has risen to the top of the political agenda since Ernst Schleimgruber, shadow minister for utilities, announced that the Petrol Party would eliminate wasteful sanitation legislation once it got into power.  [3]

Gammon explained that priorities on sanitation costs are shifting.  “As population levels are too high anyway, we need to be more tolerant of urban cholera and typhoid,” he said.  “Shanghai Gammon is an equal opportunities employer and we welcome diversity.  Therefore we call on others to nurture their vermin and insect population by eliminating sewage treatment.”

The Chairman of Shanghai Gammon enthusiastically listed a number of policies which would alleviate the high costs of sewage treatment.  “We recommend the abolition of toilets in all workplaces.  People need to feel that it’s perfectly acceptable to defecate or urinate in the street or in the company car park.  Nature has its own way of dealing with these kinds of things.  We did it like this for tens of thousands of years.  What makes us so special that we suddenly need fancy, expensive technology like toilets and water treatment plants?  If nature’s way is rats and cockroaches, who are we to say otherwise?”

Gammon finished his speech by removing his trousers and dumping on the podium.  “You have to put your money where your mouth is,” he explained.

[3] Schleimgruber’s famous “Money first” pamphlet also argued for the elimination of compulsory education because it is too expensive.  “If people don’t want to waste hours learning to read and write, who are we to tell them they have to?”